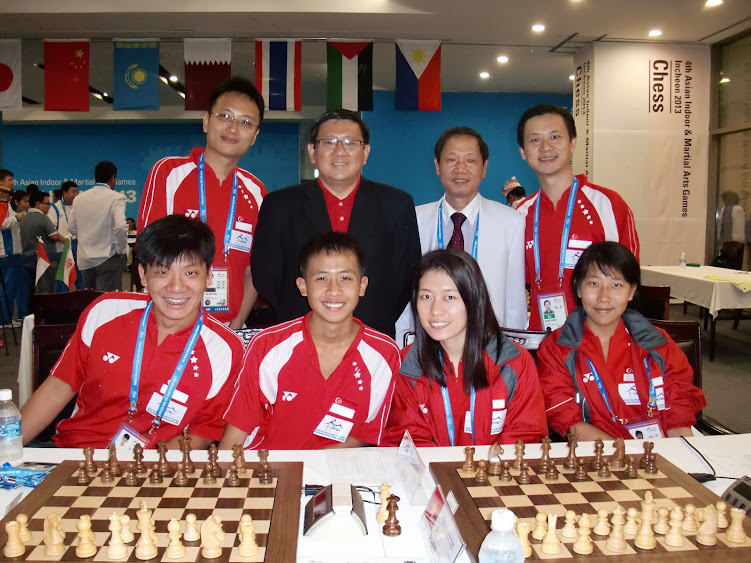 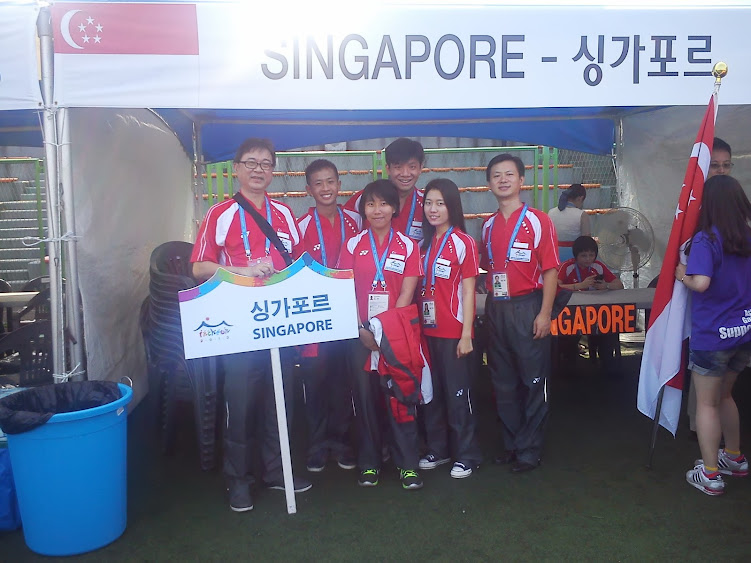 SCF is pleased to announce that the SNOC has approved the following players to represent Team Singapore at the Asian Indoor & Martial Arts Games to be held in Incheon, South Korea.

All 4 will also compete in the Rapid Mixed Team and Blitz Mixed Team events.

Competition Rules
The chess competition of the 4th Asian Indoor & Martial Arts Games shall be conducted in accordance with the Laws of Chess of FIDE, in force during the Games times. In case of any dispute in the interpretation of the regulations and rules, the English version shall prevail.

Rapid/Blitz Mixed Team
Rapid & Blitz Mixed Team shall be conducted in the 5 Round Swiss System; the top 4 highest placed will play in the Sem-Finals (1 vs 4 and 2 vs 3) whereby the winners shall contest the Gold and Silver and the 2 losers shall contest for Bronze. In case of a tie in the Swiss System, FIDE Tie-Break shall apply. In case of a tie in the Sem-Finals and/or Finals, FIDE Sudden-Death will be players over 3 boards.

"Chess had been included in 2006 Doha and 2010 Guangzhou Asian Games. Chess wil be a major discipline in 2013 Incheon Asian Indoor Games."

The 4th Asian Indoor & Martial Arts Games (the 4th AIMAG) will take place in Korea from 29 Jun to 06 Jul in 2013. This event, which will be held for the first time after the merge of teh Indoor Games and the Martial Arts Games, will work as the test event of the 17th Asian Games Incheon 2014.

4 Gold medals are expected to be in chess.

"The Chess competition will be held from 30 Jun to 06 Jul 2013 at the Yonsei University International Campus (2F)."

"The image of people holding hands together, the initial of Asia, "A", and the image of Incheon Bridge are viewed as the traditional Korean roof tiles by brush technique. under the roof, the different sports emblems make up the word "Incheon 2013" as the word mark design, therefore it expresses Incheong being the host city for the Asian Indoor & Martial Arts Games."